Standing on my soapbox

So I was trawling around the web this morning and came across two things that bugged me. The first was this video:

I have to say I loved how this dude talked about it. I have never actually seen either show before, but he is completely right about the double standard it is apparently not at all a moral issue that she welcomed half naked strippers onto her set that she then kissed, but it is a moral issue for two men to kiss on television. This woman has issues, honestly I have no problem with either, although to be fair I do not know when her show airs – if it airs at a time where young children are watching then I do have an issue with them parading strippers around because I find that kind of blatant sexual imagery unnecessary on general programming that children watch.

Here is what I have an issue with… did this man do a brave thing? Yes, he did and in my opinion that is the problem! I believe there is something seriously wrong in our society when in order for this man to speaking openly about his sexuality he had to be brave.

Then I saw this video:

I made it to 4 mins, honestly I wanted to turn it off way earlier than that, but I persisted… until I saw the ignorant bigot couple that popped up around 3:45, I got so upset I stopped the video. Prior to posting it I have now watched the entire thing and I did find a beautiful beacon of hope in there at the end, all the other people in this video need to be sent to tolerance school!

Please do not take this post as a stance against faith; I think faith is an amazing thing to have. Faith is beautiful, it is belief, it is love and it is hope. However, I believe there is a huge difference between someone who has faith and someone who has religion. Some people use religion as a shield to hide behind in an attempt to hide their discriminations, this is not acceptable, you cannot blame religion for making you a bigot, that’s just not fair and it’s not right. It is actually incredibly offensive to those that do have faith to see people twist the messages of love, support and acceptance that having faith should provide. 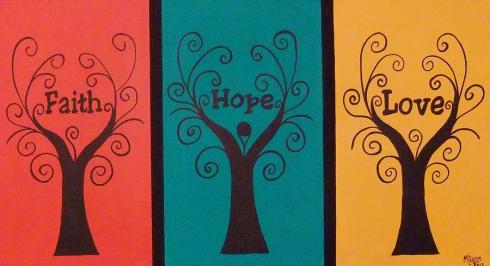 This debate is not something I usually talk about because my opinions aren’t others and I don’t like people preaching at me about what the bible says. I know what the bible says guys; I went to a Catholic school… I’ve read it. But the bible says a lot of kinda crazy things that pretty much everyone ignores; how about don’t cut your hair or beard? Or, no eating or touching pig carcasses? No tattoos, no divorce, no braids, no gold, no pearls, no shellfish… the list goes on. Unfortunately with Tony Abbott now in “power” in Australia this is a conversation that is in everyone’s face almost daily… so here is my 2 cents worth… this is what I believe:

I believe every human on Earth has the right to love, they have a right to happiness and as long as they are not hurting others in the process (to be clear I mean going all crazy stalker) they should be allowed to revel in that love peacefully.

There is so much hate and hurt in our world already… why as a species are we so insistent on adding to it?

I work in a Public Library full time as the Reference & Information Services Librarian. It is a full on, busy role with much variety and many challenges and I love it! I love being able to be part of selecting books for our library service too, so amazing!!! I love the idea of thinking about our patrons and what they might enjoy reading. I have strange sometimes very outside the box ideas that I want to try at work, I just need to convince others of how awesome my ideas are. Saving the Library, one awesome plan at a time. Hmm... I need a cape - all the awesome super heroes have a cape! END_OF_DOCUMENT_TOKEN_TO_BE_REPLACED
This entry was posted on Friday, June 13th, 2014 at 1:38 pm and tagged with About me, Bible, Catholic, Church, Culture, discrimination, Events, Family, homosexuality, Life, Love, Marriage, Personal, ranting, Relationships, venting and posted in Culture, Events, Family, Grrrrr!!!!!, Love, Relationships, Sterotypes, Time for change. You can follow any responses to this entry through the RSS 2.0 feed.
« 52 Books in 52 weeks – May
“Man! I Feel Like A Tooheys!” »

13 responses to “Standing on my soapbox”